Zaku II reform appeared in the RE / 100 series!
■ The RE / 100 series employs a structure that does not use the first PC parts. Pursuing ease of assembly with KPS material.
■ In addition to the head of the regular version as the original parts, the heads of "Commander" and "Fritz Helm" are included.
■ Split up to fine parts. Realizing color coding with high reproducibility by just assembling.
■ Realized expansion of movable range. In addition to pulling the chest armor obliquely forward, the cockpit block can be withdrawn forwards to avoid interference when bending forward.
Reproduce the deployment of weapons mounting racks in various parts of the aircraft.
■ MMP - 80 machine gun, heat · hawk, hand grenades are included. 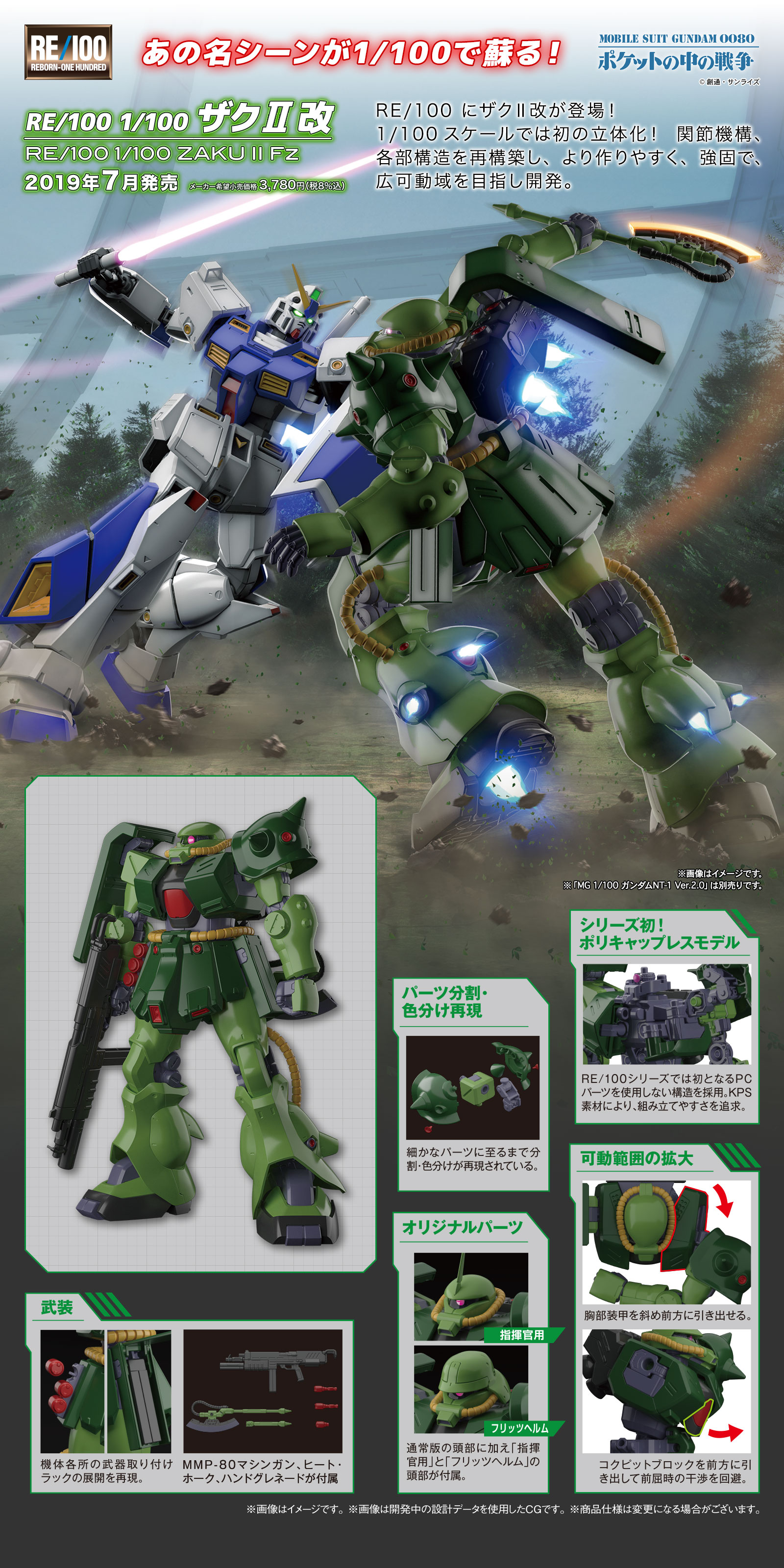