Tags:
MG P-Bandai
MG Dwadge Custom
by Bandai
Notify me when in stock

From "Mobile Suit Gundam ZZ," Drewage Kai, which is boarded by Desert Rommel, is commercialized in the master grade series.

● Thorough reproduction of the aircraft shape of Dwage Kai with new modeling!

New modeling of the large size of mono eye visor, 60 mm Vulcan and so on.

We reproduce details of 60mm Vulcan 2 side of side by new modeling.

Following the Dom lineage, it reproduces the launch of a diffused beam gun in a new form.

Thorough reproduction of four chemical fuel system large boosters added to the rear of the armor.

We reproduce characteristic shape that duct was deployed in the center by new modeling. The left and right armors move independently.

We reproduce beam canon which we got by attacking federal military base with new modeling.

Equipped with a movable gimmick on the grip and the fore grip of the barrel.

● A variety of armaments such as Heat Saber, Heat Tomahawk, etc. are included!

Heat Saber, which can be suspended on the side of the large shoulders,

It comes with fighting weapons such as Heat Tomahawk with Double Edged Heathawk.

Follow the "log (record)" that "Ace pilot" and MS carved in the history of the space century, WEB plan! 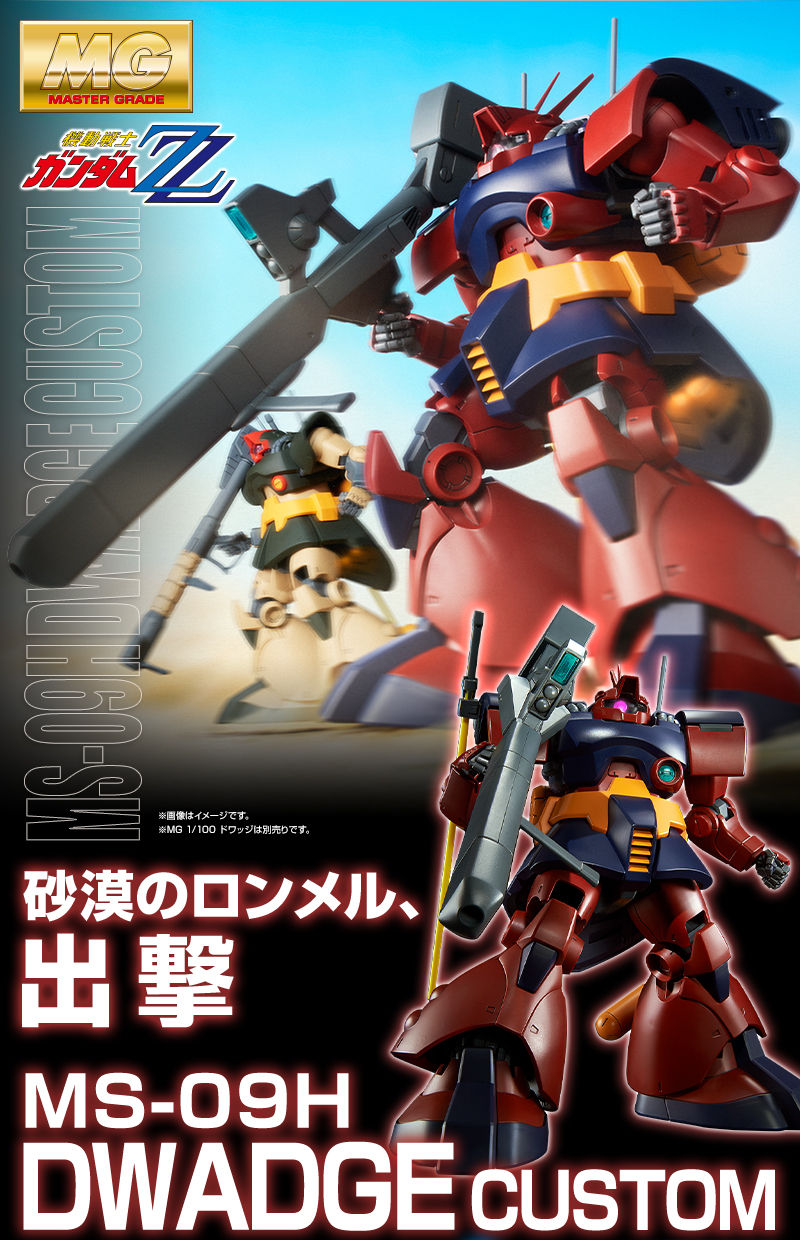